Who Was Bill Forbes In The Vampire Diaries? Know All The History And Interesting Facts

Who Was Bill Forbes In The Vampire Diaries? 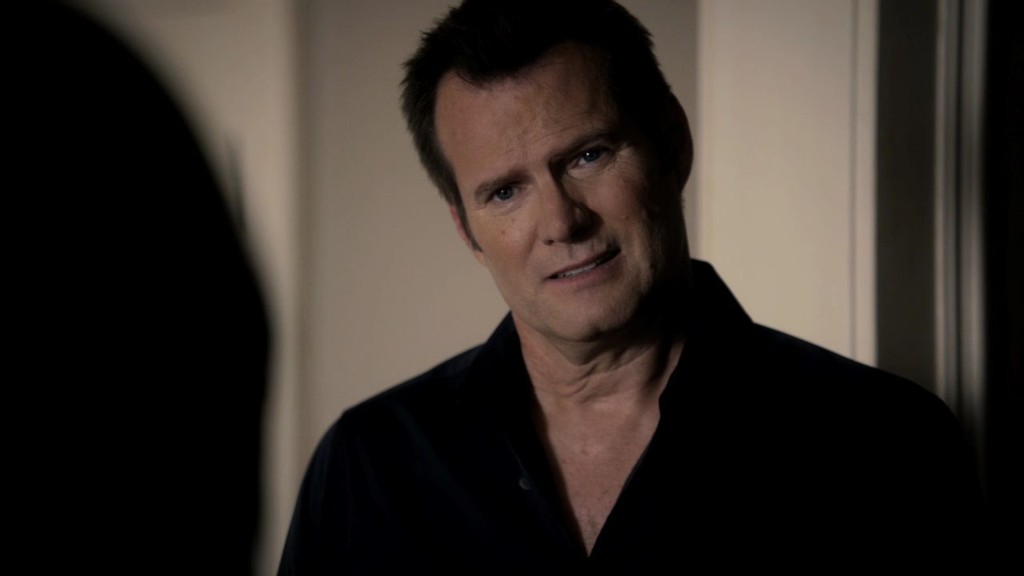 William “Bill” Forbes II was a Mystic Falls resident who returned to point out all the flaws in the Council’s current efforts to keep vampires out of town after discovering that his daughter Caroline was one of them.

Bill was a member of the Forbes Family.

Not much was known about Bill except that he was once married to Liz Forbes and had a child with her. He later left her after announcing that he was gay. He lived with his new partner Steven in Georgia until his death after refusing to become the creature he had hated all his life.

Throughout The Vampire Diaries series

Bill is not seen, but Caroline mentioned that he lived with his boyfriend in You’re Undead to Me. Her mother, Elizabeth, told her that if she was having trouble with guys, she should call her dad because he “had successfully dated one.” In Let The Right One In, Caroline tried to go to her father’s friend’s daughter’s birthday party, but on the way,, she discovered Vicki Donovan’s body when her car got stuck in the mud.

Carol calls him to take care of Caroline, who is revealed to be a vampire. After Carol Lockwood discovers her son Tyler Lockwood is a werewolf, she tries to tell Bill to let Caroline go, but he refuses. He has Caroline locked in a dungeon and tries to condition Caroline to associate human blood with pain so he won’t have to kill her. However, as night falls, Sheriff Forbes and Tyler show up to free Caroline.

They try to stop Tyler, but Liz fires a warning shot at the wall. They take Caroline, who then cries that her father hates her. Liz locks him in a dungeon to make sure he doesn’t have any vervain in his blood and calls Damon to erase his memory of Caroline’s vampirism and force him to leave town immediately.

However, he arrives at the council meeting later that day and threatens to reveal that Damon is a vampire. He tells Damon that he can’t be forced, saying that it’s a kind of “human focus that he’s been honing for decades.” Damon attacks Bill, most likely to kill him, but Caroline, who still loves her father, shows up and saves him.

As she prepares to leave, Caroline tries to reassure Bill that she is fine and able to control her urges, but he dismisses her arguments.

In The Ties That Bind, Tyler calls Bill to help him fight the paternal bond he has with Klaus. Bill orders Tyler to change into his werewolf form and threatens to decapitate him if he doesn’t change. In transition, Tyler can’t hold back and attacks Bill, nearly killing him. Later, Meredith Fell cures him by injecting him with vampire blood.

When Tyler comes to apologize, Bill tells him that they will continue the next day. He says to break sir’s bond he has to turn around every day.

In Bringing Out The Dead, Bill was killed by Alaric Saltzman (while Alaric was taken over by “The Darkness”), who stabbed him to death and cut his throat while he had vampire blood in his body.

He woke up in transition but chose not to feed and turn into a vampire. Caroline was heartbroken by his decision and tried to convince him otherwise, but he remained steadfast in his belief that he would not turn into a creature he hated, although he was proud of who Caroline was. He eventually died with his daughter and ex by his side.

Bill is very loyal to his daughter and his hometown. However, Bill proves to be cold, cruel,, and merciless towards the vampires and traitors of the town. During his stay in Mystic Falls, he tries to “cure” Caroline of her vampiric instincts (self-control). His hatred for vampires was so great that he decided to die rather than continue his life as a vampire to be with his family.

He is tall, medium build and wears dark clothes most of the time. She has short, brown hair and blue eyes.

In seasons 1 and 2, it is implied that she and her father were much better friends than she and her mother. Caroline mentioned that “he was the only one who could understand her”. In Season 3, Bill returned to Mystic Falls after being informed that Caroline was a vampire.

He tried to “condition” her by causing her pain to “associate vampirism with pain” and better control her urges. He said he was doing it so he wouldn’t have to kill her. Even though he loved his daughter, he was willing to kill her because she is a vampire.

After he tortured her, Caroline believed that her father hated her for being a vampire and told Elena Gilbert that she hated her father for torturing her, even though his intentions were “good”. However, her love for her father never faded and she saved him when Damon tried to kill him.

Liz is Bill’s ex-wife and they probably divorced when he came out as gay. Not much has been revealed about their past together, but it can be deduced that they are on rocky terms. She still liked him, but she was really upset that he was torturing Caroline.

Bill Forbes was revealed to have a relationship with the city council and threatened to expose Damon Salvatore to them. Not much is known about how he is involved with the council.