All The Hunger Games Movies in Chronological Order for You to Enjoy!

We all have heard about the famous ‘The Hunger Games’ film series, haven’t we? Well the film series is composition of science fiction dystopian adventure film based on a trilogy of novels that goes by the same name by American author Suzanne Collins. The film series that has been hitting our screens since 2012 is the 21st highest grossing film franchise of all time having grossed over $2.97 billion worldwide.

Well the film series has been divided into four adventure films. And if you were/ are planning to watch some sci-fi entertainment, then we would recommend this for you. But apart from recommending the film series to you, we will also sort the movie out in a chronological order for you to understand and review in a better way. Read onto till the last to get a big surprise!!!

Released in the year 2012, The Hunger Games is the first film of the adventure film series. The plot is said to be set in some remains of North America in the nation of Panem mainly dominated from Capitol that is divided into 12 districts. Nearly seventy years ago, these  districts revolted against the Capitol but failed miserably before the rich and the powerful. As a result, a punishment was chosen for their failed revolt that would be an entertainment source for the rich and powerful.

Every year, from each of these districts, two young people between the age of 12 to 18 years, a male and a female, are chosen as Tributes through public reaping to compete in a nationally televised event called the Hunger Games. The chosen youths are brought to the Capitol, trained for the battle, and are sent into an arena to fight to the death until only one survives. The events are described as a pageant of honour, courage and sacrifice.

After her little sister Primrose is chosen for the 74th Hunger Games when they went to attend the ‘Reaping Day’, Katniss Everdeen of District 12 immediately volunteers to take her sister’s place.

And the male Tribute chosen for this survival game is Peeta Mellark. The young Tributes are escorted to the Capitol, trained and are prepared for The Hunger Games. Then after a few days of training, the tributes are sent to the fighting arena.

Katniss is only left with her hunting skills and sharp instincts to rely on, and with them, she has to choose between survival and love.

After the tributes, Katniss and Peeta return home after their victory in the 74th Annual Hunger Games. Here,  Katniss was approached by President Snow who informs her that her actions in the Games have incited rebellion. And later Snow advices Katniss to use the upcoming Victory Tour as to spread it among the people that her actions were not a disregard against the Capitol, otherwise everyone else will  have to suffer.

Thus she and Peeta set out for their tour. During their travel, Haymitch, Katniss’ mentor, apprises her as per the rule that the winners of the games must train and mentor the future tributes.

Also during their Victory Tour, Katniss senses an uprising amongst the people, which was said before by the President. Seeing it, President Snow tries to prove his dominance by changing the rules of the upcoming 75th Annual Hunger Games which includes more suffering.

The previous film of the Hunger games series sees the destruction of the 75th Annual Games. So now, our tributes are rescued and taken to District 13 which is not under the Capitol control and interestingly the district where the rebellion first started. Meanwhile Katniss finds her family safe and sound and then meets the leader of the rebellion President Alma Coin where she gets to know that Snow has bombed her district.

On the other side, Peeta is under the influence and captive of President Snow, and Snow manipulates Peeta to bring to an end to the spreading-like-fire rebellion. Seeing all this, Katniss agrees to be the “Mockingjay”, the rebellion leader asks her to be a symbol of the rebellion.

Katniss visits her destructed District 12, somehow her old house was saved, and realises that through the spreading rebellion throughout Panem, she can overpower Snow.

In the last part of the Hunger Games movies, Katniss Everdeen is brought at the edge of death. First, she is attacked by a brainwashed Peeta, and then after she joins an assault on the Capitol’s armoury in District 2, she is shot by a civilian but her bulletproof Mockingjay suit saves her from the shot.

Katniss further wants to join a group of rebels, the “Star Squad”, who is set to invade the Capitol, but President Coin disapproves the idea of Katniss to join the group.

Determined to get through her mission however, Katniss reaches to meet the squad with the help of Johanna, the victor of 71st Hunger Games. She meets the group and meets there an unrecovered Peeta and Finnick, the male victor of 65th Annual Hunger games. She teams up with her close friends for the ultimate mission, to unshackle the citizens of Panem and destroy President Snow and his dominance.

Now that you have the plot with you, tell us how much are you excited about watching the series in your coming long weekend ?

And not just this! We have a surprise for you! Since you were some good audience, we could not resist but tell you that A prequel film, titled The Hunger Games: The Ballad of Songbirds and Snakes is set to be released on November 17, 2023. 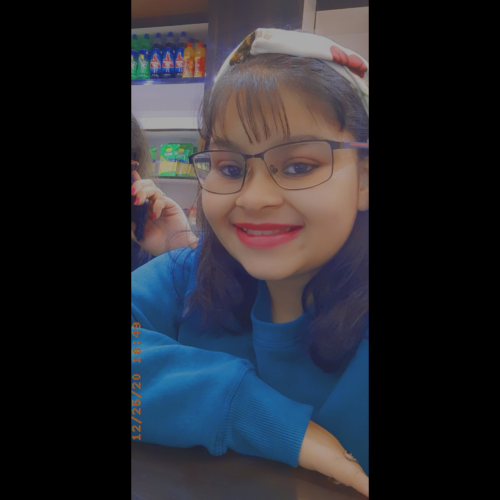